49% Of Delhi Stands By Kejriwal: Poll 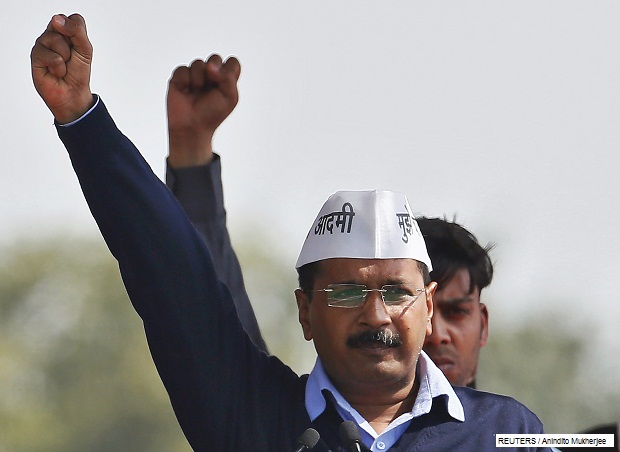 49% Delhites feel Chief Minister Arvind Kejriwal is handling his job well, according to a snap poll conducted by instaVaani, a polling company.

Surprisingly, 35% of those polled said they did not approve of Kejriwal’s work and 16% had no opinion on the issue.

The survey covered 435 respondents who responded to the question: “Do you approve of the job Arvind Kejriwal has done in his first 100 days as Chief Minister?”

Kejriwal has been in the news recently for his tiff with Lieutenant Governor Najeeb Jung over governance issues and administrative appointments.

The conflict escalated after Jung’s decision to make IAS officer Shakuntala Doley Gamlin acting chief secretary against the wishes of the Chief Minister.

The survey also found that 59% respondents approved of the way Kejriwal was handling issues of corruption in Delhi.

While 28% disapproved of his actions on corruption, 13% had no opinion on the matter. 342 respondents answered the second question: Do you approve of the way Arvind Kejriwal is handling corruption in Delhi?”

The third and final question was on the VIP culture, which was one of the core promise of AAP during the election campaign.

While 48% of 278 respondents felt that Kejriwal was doing enough to end the VIP culture, 31% gave the CM a thumbs-down on the issue.