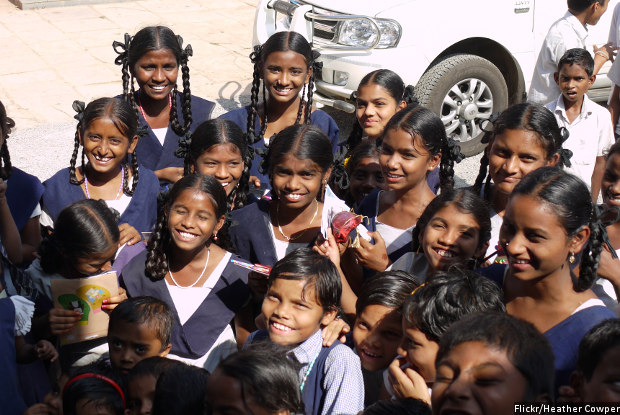 India has 47 million youth of secondary and higher secondary school-going age out of school, according to a report by the UNESCO Institute for Statistics and Global Education Monitoring, a United Nations institute based in Montreal, Canada.

The 47 million young men and women dropped out of school by the 10th standard, according to the 2016 report.

Enrolment declined by about half between class 11 and 12 and college, said the report, although university enrolment increased, in general, since 2008-09.

An overall increase in gross enrolment ratio (GER is student enrolment as a proportion of the corresponding eligible age group in a given year) at almost every level of education in India confirms that the educational system has become more accessible. Upper primary and secondary schools' GERs saw a rise of 13% and 17%, respectively, in 2013-14 compared to 2007-08.

Despite this increase, six million children aged 6-13 are estimated to be still out of the school system, according to this 2014 survey by the Ministry of Human Resource Development.

Most children out of school in Uttar Pradesh; Bihar, Rajasthan next

An 18% increase in the population of young people aged 15-24 between 2001 and 2011 has resulted in a comparable increase in the country’s workforce, IndiaSpend reported in June 2014.

As many as 18% of 15- to 24-year-olds in India are unemployed, 5% more than the international average, estimated by the global youth unemployment rate of 2013.