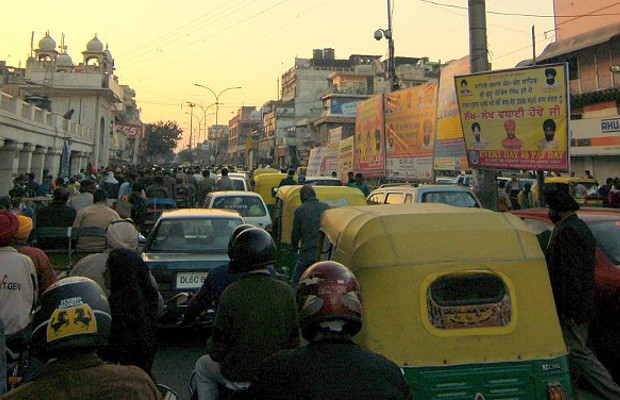 While local governments in China get 25% of total public revenue, it is only 3% in India, indicating the parlous state of finances in India's burgeoning towns and cities.

The annual growth in the urban population of India between 2010 and 2015 was 1.1% – the highest among major economies, according to World Urbanisation Prospects 2014.

The time is ripe for debate on city governments in India, specially the state of finances of urban local bodies in India.

The share of property tax, which is the mainstay of municipal revenues in India, in the country’s GDP is lower than the global average; it is also lower than most of its BRICS counterparts.

Given the poor collection of funds, financial dependence on government is a reality for Urban Local Bodies (ULB) in India.

The 14th Finance Commission, a statutory body that recommends division of revenue share between centre and states, recommended a 10 percentage point increase in the share of states in the total divisible tax pool from 32% to 42%.

The 13th Finance Commission, for the first time, recommended that ULBs be allocated a fixed share in the centre’s divisible tax pool.

The 14th Finance Commission has stuck with the methodology, and the share today is approximately 2% of the total divisible tax pool.

Why it is important to study urban expenditure

At a time when the government plans to establish a hundred smart cities, expenditure of ULBs is an important metric to look at to understand its financial position.

The Organisation for Economic Co-operation and Development (OECD) publishes data with respect to local government spending as a share of GDP but does not include data on China and India.

China’s local government’s share in total government expenditure in 2009 was 64.7%. This works out to about 8.66% of total GDP, which is among the highest globally, along with the likes of Canada and some EU countries.

The catch with the available Indian data is that it does not incorporate rural local bodies (RLBs). According to the 13th Finance Commission report, ULBs’ expenditure as a share of GDP was 1.54% in 2007-08.

Since data for combined local government share is unavailable for India, one way of looking at analogous data is to consider the expenditure of ULBs alone as a share of urban GDP (i.e. 62% of national GDP). This works out to about 2.48% during the given year.

Sources: OECD for all countries except China and India; FC-XIII – Chapter 10 for India; Wang and Herd (2013) for China. Figure for India is ULB expenditure as % of urban GDP.

“ULBs could not exercise their given powers due to economic and political reasons,” a report of the Third State Finance Commission of Haryana said.

IndiaSpend had earlier reported how the budget of the Mumbai Municipal Corporation remains a mystery.

The low percentage of revenue and expenditure in ULBs is hurting the competitiveness of cities and the economy at large, according to a report of the working group on capacity building for the 12th Five Year Plan.

Update: The story has been updated to correct the status of 14th Finance Commission recommendations for ULB reform.