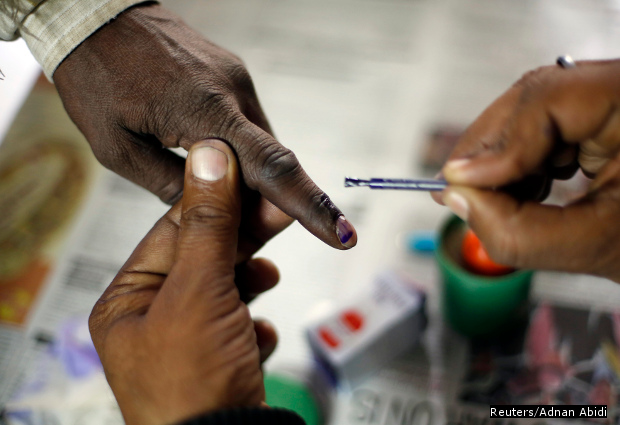 Given that the ongoing Bihar elections could be decided by the slimmest of margins--and, with a vast redrawing of the political landscape, too confused to call, according to this Mint analysis--the state's 3.1 million new voters could play a crucial role.

Will the new voters swing the elections in favour of Prime Minister Narendra Modi's National Democratic Alliance (NDA)? Or can the Mahagathbandhan, or grand alliance, of the Janata Dal (United), Rashtriya Janata Dal (RJD) and Congress win them over?

Apart from the obvious caste issue, four distinct factors – two behavioural and two based on poll arithmetic – are likely to decide the political fate of Bihar.

One: Young voters in Bihar

First-time voters are an important voting bloc within the set of 20 million voters below 30 years likely to cast their vote in the Bihar assembly elections, scheduled to be held in five phases till November 5. Young voters form 30% of the state's 66 million electorate.

Why is the youth vote important and for whom?

In the 2014 general elections, the BJP was the biggest beneficiary of the youth vote across economic classes, according to this study by New Delhi-based Centre for Study of Developing Societies.

While it is true that upper- and middle-class youth voted more intensely for BJP, the party also had an edge among lower-class youth.

The first surge in voter turnout for the assembly elections in Bihar came during the mobilisation of socialist politics between 1967 and 1980.The surge led to the Janata Party getting to power in the state assembly and winning 52 of 54 seats in the 1977 Lok Sabha election.

The next surge was during the second phase (1980–2000) of political mobilisation in Bihar--this time heavily based on caste--during the Mandal era of politics in India. This surge led to the Janata Parivar (RJD and JD(U)) gaining control of the assembly from 1990 till 2015. (1)

Finally, the third phase of the voter surge that started in 2010 appears to be a result of anti-incumbency against Congress rule at the Centre, Bihar's economic revival, and, more importantly, the Modi wave of the 2014 Lok Sabha elections.

Three: Winning with the least percentage of votes

India has adopted the first-past-the-post system of voting (election) for all direct elections.

So, the candidate with most votes wins, irrespective of the proportion of votes she garners. For example, a candidate can win with just 20 votes in a constituency with 100 voters (20% vote), if all other candidates get less than 20 votes.

This means even a minority vote can produce a majority government. (2)

The share-seat multiplier is calculated by dividing the seats by the percentage of votes a party gets. The multiplier indicates the ability of the party to convert ‘percent of votes’ into ‘won seats’, which is the ability to convert votes--the basic unit of political equality and popular democracy--into seats.

The vote-share-to-seats-won correlation of four electorally significant parties for the state assembly elections from 2000 till 2010 provides some important insights.

In the 2000 assembly elections, Lalu Prasad's RJD was the ruling party, and the share-seat multiplier of 4.38 was the highest ever for the party.

The leadership of Prime Minister Atal Bihari Vajpayee ensured an effective multiplier of 4.58 for the BJP, which won 67 seats--27.5% of the total--with a vote share of less than 15%.

This shows how the BJP, among the four parties, has the highest ability to win more seats with the least percentage of votes.

The NDA put up a good show in Bihar during the 2014 general elections. While the BJP won 22 seats of the 30 it contested, the Lok Janshakti Party (LJP) won six of seven, and the Rashtriya Lok Samata Party (RLSP) won the three seats it contested.

While the RJD won four, the JD(U) and the Congress won two each and the NCP one seat.

The NDA, effectively, was ahead in 174 assembly seats.

The JD(U) contested the Lok Sabha polls alone and led in 17 assembly seats. The RJD, in alliance with the Congress, was ahead in 45 seats.

Had the same coalition fronts continued for the assembly elections underway, it would have given more than two-thirds majority to the NDA in the Bihar assembly.

After the debacle in the Lok Sabha elections, two socialist leaders in Bihar–Nitish Kumar and Lalu Prasad–have joined hands and have also added the Congress to their front to counter the enigma of Prime Minister Narendra Modi.

Had the Grand Alliance contested the 2014 general elections together against the NDA, the vote division could have been avoided and the leads in assembly segments turned around.

If the same voting pattern holds true again, vote addition of the three parties in the Grand Alliance for every assembly segment will give it a lead in 145 assembly seats while NDA will lead in only 92 seats.

The 2014 bye-elections to 10 assembly constituencies in Bihar ended with six seats to the Grand Alliance, while four went to the BJP.

So, the questions are: Can the three parties–JD(U), RJD and Congress–pull together the same electoral might? Has the BJP lost its political track in showcasing the ‘bahari’ (outsider, meaning Modi) over a Bihari leader as the face of the election?

Or will the 3.1 million voters added in the past year become the crucial margin of victory for the NDA?

The answers will be apparent on November 8.

(2) Lloyd Rudolph and Susanne Rudolph, In Pursuit of Lakshmi: The Political Economy of the Indian State (University of Chicago Press, 1987)