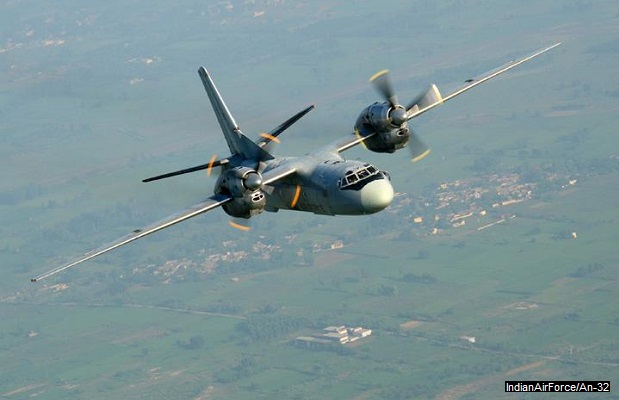 As many as 39 military aircraft crashes—including trainer aircraft and helicopters— were reported over the last three years, killing 36 defence personnel, according to data released by Defence Minister Manohar Parrikar to the Lok Sabha (lower house of parliament) on February 26, 2016.

An advanced jet trainer aircraft of the Indian Air Force (IAF) crashed in West Bengal on August 4, 2016, and both pilots ejected safely.

An IAF AN-32 plane carrying 29 people went missing after it took off from Chennai on July 22, 2016. Media reports suggest that the aircraft was not fitted with an underwater locator beacon, and that made search operations difficult.

Full scale Search & Rescue launched to look for IAF AN 32 overdue at Port Blair since 1130 hrs. Max assets being deployed at earliest.

#SAROps @SpokespersonMoD Hon'ble RM @manoharparrikar being explained about the ops whilst in search area on P8I pic.twitter.com/gg9niLFafV

Of the three defence services, the IAF reported most crashes (28) , followed by the army (7) and the navy (4) over the past three years.

“No civilians were killed in these crashes,” the Lok Sabha reply said. 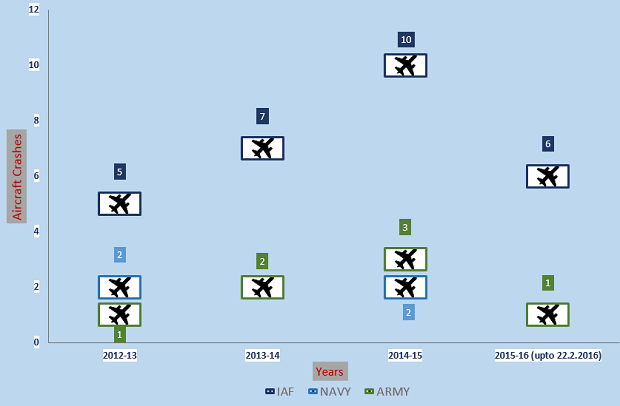 As many as 15 AN-32 aircraft of the IAF crashed between 1986 and 2014, (the year of one crash was unknown), according to Aviation Safety Network data, an online portal that tracks airliner accidents world-wide.

The Russian-made AN-32 plane is a medium tactical transport aircraft that can carry 39 troops and five crew.