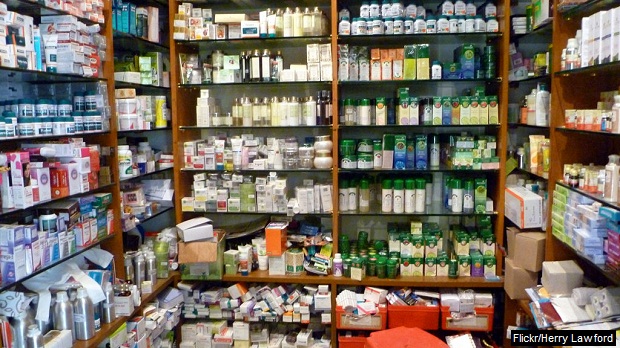 The government promised parliament it would open 3,000 medical stores for the poor in the next eight months, but no more than a tenth of that number have opened over the last eight years, according to our analysis of government data.

March 2017 is the deadline set by the government for the new stores. Only 321 have opened since 2008, according to the latest data from the Bureau of Pharma PSUs (public-sector units) of India, which monitors the Jan Aushadi stores, or people's medical stores, started to supply generic medicines at subsidised prices to address India's persistent healthcare failures.

Inadequate public healthcare and healthcare expenses push an additional 39 million people back into poverty in India every year, this Lancet paper said.

Generic medicines are the same as branded medicines in terms of therapeutic value, but because they are off patent, they are cheaply produced by Indian pharma companies.

Rs 149 crore has been set aside for 2016-17 to set up the medical stores nationwide: Rs 45 crore to open stores, Rs 65 towards working capital, and Rs 20 crore for computer systems and staff training, according to the latest budgetary data.

The government intends to give each store a one-time financial assistance of Rs 250,000, including Rs 100,000 as medicines.

While the Jan Aushadi stores provide retailers with a 20% profit margin, the government proposes an additional incentive of 15% of monthly sales, with a ceiling of Rs 10,000 per month and up to Rs 250,000 for stores outside government hospitals.

The Jan-Aushadi programme was progressing in fits and starts with many empty shelves a common problem, IndiaSpend reported in November 2012. The same year, we also reported how a cheap-medicines programme was effective in delivering cheap medicines to the poor in Tamil Nadu.

More than half of India’s rural population uses private healthcare, which is four times as costly as public healthcare, and can cost the poorest 20% of Indians more than 15 times their average monthly expenditure, IndiaSpend reported in July 2016.