30% of those tested positive 2 weeks ago have not recovered 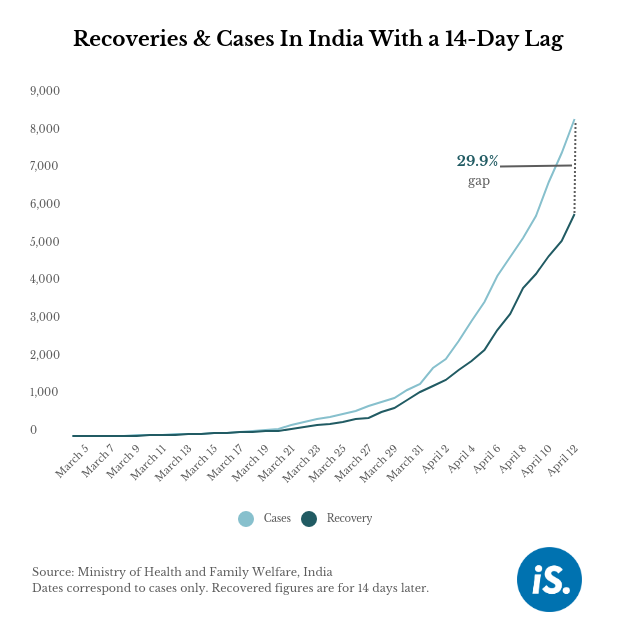 Two weeks is the median time from onset to clinical recovery for mild cases, a February 28 report released by the World Health Organization said. Depending on the severity of the disease, patients can get better in less than 14 days or can take upto six weeks or more.

For our analysis, we transposed daily recoveries against the total confirmed cases detected two weeks ago to understand the lag in recoveries. We looked at the data for five states and two cities in India that have the most cases, and three countries (the US, Brazil and Russia) that had their highest daily increase in the last two days, like India. Here’s what we found:

Among the five states--Maharashtra, Gujarat, Delhi, Madhya Pradesh and Rajasthan--where two-thirds of the COVID-19 cases have been detected, Madhya Pradesh has the biggest lag in recoveries at 14 days--62.7%. 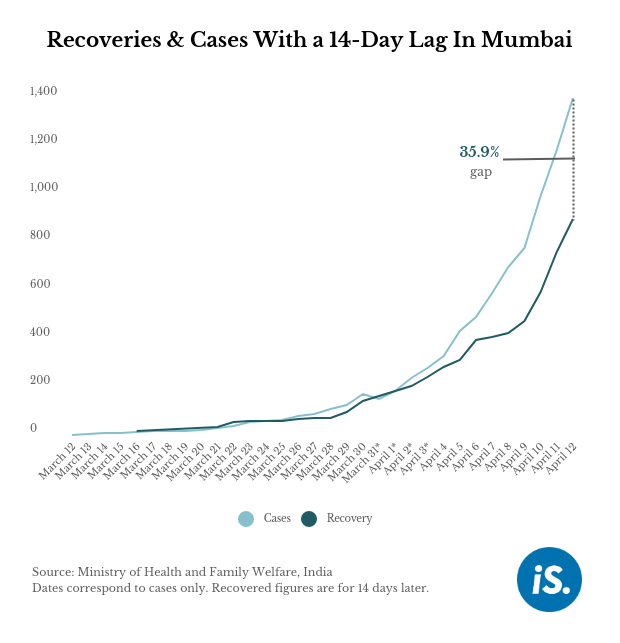