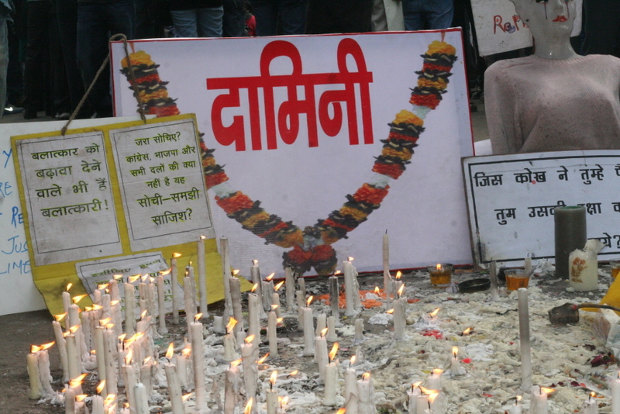 With controversy continuing over the ban on India’s Daughter, a British documentary on the Delhi rape case of December 2012, what has not been discussed as much is the record of the justice system in prosecuting such cases.

Among the reasons for low conviction rates, according to Majlis, a Mumbai-based legal advocacy, are: victims recanting statements, delays in registering a first information report, faulty investigation, indifferent prosecutors, inconsistencies and contradictions in witness statements, insensitive judges and gruelling cross-examination of even minor children by astute criminal (defence) lawyers.

Nagaland, which recently witnessed the lynching of a man accused of rape at the time, had India’s highest conviction rate of 85.7% in 2013, followed by Sikkim at 73.8%.

In other words, about one in nine rape trials in West Bengal and Andhra Pradesh ends in conviction.

There is a possibility that the actual national conviction rates could be lower than reported by the National Crime Records Bureau, which compiles data sent by states.

Reported rape cases rise. It may not mean rapes have risen

While it is hard to say that rapes have increased (although they might have), it does indicate that more victims have been willing to come forward and register complaints after the widespread protests that followed the Delhi rape case in December 2012.

Over the same period, Uttar Pradesh and Maharashtra reported a 55% and 67% rise respectively.

West Bengal and Mizoram were the only two states that saw declines in registered rape cases, by 18% and 14%, respectively.

These figures, in many ways, are indicative of a more serious problem--under reporting of cases.

Flavia Agnes of Majlis narrated the case of a professional at the Indian Institute of Technology (IIT), who said she was raped/sexually assaulted by an IIT professor.

"She refused to lodge a complaint despite the support which was offered to her,” Agnes told IndiaSpend. "But now, under the new law on child sexual abuse, as well as the recent criminal law amendment, not reporting a crime is an offence."

About 5.8%, or one in 17 cases, of sexual violence by men other than a survivor’s husband are, according to some estimates, reported to the police, according to a 2014 study by Aashish Gupta, a research fellow at the Research Institute for Compassionate Economics. (The study was based on data from 2005.)

Additionally, only about 0.6%, or one in 167 incidents of sexual violence by husbands is reported. Marital rape is not a crime in India.

Under-reporting of rape is evident in the data put out by Uttar Pradesh, Bihar and Madhya Pradesh.

Madhya Pradesh fares better than UP and Bihar on human development index indicators, such as sex ratio and literacy.

So, for MP to have a far higher crime rate is improbable. The data indicate under-reporting in UP and Bihar. The same trend is evident across India.

'A harrowing experience from police station to medical examination'

Why do victims hesitate to report rape to law-enforcement agencies?

“It is indeed a harrowing experience right from the police station to the medical examination, the test-identification parade, cross-examination in court, the indifference of the prosecutor and the callousness of the judge," said Agnes, referring to the case of recently deceased women’s rights activist and ‘Park Street Rape’ survivor Suzette Jordan of Kolkata.

“Why would a victim want to be subjected to it especially when she knows that the conviction rate is so low?", said Agnes. "What does she get out of it except humiliation and stigma? Is it a wonder that women do not report [rape]?"

Any increase in the number of cases reported to the police is, then, a welcome development. It also increases the possibility of convictions.

The anatomy of a 'false rape'

When Priya (name changed), a 14-year-old girl was taken to a public hospital by her mother because she missed her periods, an examination revealed she was pregnant. The pre-teen accused the local pramukh (headman), in whose house she was a maid, of raping her. She told no one about the attack, but refused to go back to work.

Priya’s mother begged the hospital staff not to file a case. All she wanted--to save Priya and herself from stigma--was an abortion for her daughter. But Priya was more than five months pregnant, and an abortion would have imperilled her life. Soon, neighbours got to know what had happened, the pramukh was beaten and a rape case was filed.

"When Priya and her mother approached us, it was heart-rending to see young Priya trying to hide her pregnancy with her dupatta," wrote Agnes and Audrey D’Mello (both of Majlis) in The Hindu last year.

Majlis helped Priya move into a shelter home. Her mother was too poor to afford a bus journey to meet her daughter during this critical time. The baby was eventually given up for adoption.

"During the trial, Priya deposed well and was able to withstand the gruelling cross-examination. The illiterate mother was humiliated because her husband had left her. The DNA report revealed that the pramukh was not the father," wrote Agnes and D'Mello.

The investigation officer and the prosecutor said Priya was a liar.

"Acquittal was a foregone conclusion, but we managed to help Priya and her mother deal with it. What ultimately broke their spirit was a report in the local newspaper, which described the mother to be a scheming woman who had filed a false case to pressure the pramukh to include her name in a slum-development scheme."

"Priya’s world collapsed and she wanted to commit suicide. The mother, who had lived in the same slum tenement for 40 years, had to relocate to another area, incurring a huge debt. No one questioned how and why a 14-year-old girl had become pregnant. In court records, it was a false case."