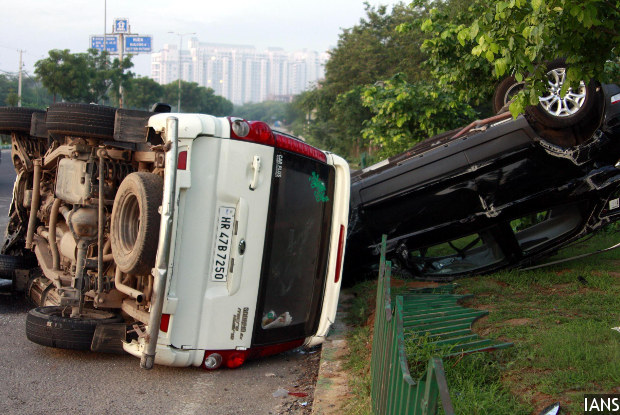 There were nine road accidents that killed three people every 10 minutes in 2015, according to new national data, an increase of 9% over four years.

The road transport sector contributes to 4.8% of the country's gross domestic product (GDP), but India loses 1-3% of GDP due to road accidents, according to this 2007 report of the road transport working group of the erstwhile Planning Commission for the XIth Plan.

Two-wheeler riders are most at risk

More pedestrians were killed in Maharashtra (1,256) than any other state, accounting for 17% of pedestrian deaths.

Although national highways account for only 1.51% of India's road length, they accounted for 28% of road accidents and 33% of road-mishap deaths nationwide in 2015.

State highways, 3% of India's road length, contributed to 25% of road accidents and 28% of deaths due to road mishaps.

Over-speeding most common cause of fatal road accidents

Tamil Nadu and Maharashtra had the most number of casualties due to over-speeding, with 15% and 12% of cases, respectively.

Uttar Pradesh had the largest number of deaths due to careless/dangerous driving (17%), followed by Maharashtra (9%).

Delhi (8%) and Jaipur (5%) had the largest number of deaths in road accidents, among 53 cities.