As many as 2,736 stone-pelting incidents were reported over a year ending March 2017, according to this reply to the Lok Sabha (lower house of Parliament) on April 11, 2017, the latest data available.

The killing of Hizbul Mujahideen militant Burhan Wani on July 8, 2016, sparked clashes and mass unrest in Kashmir valley. Stone-pelting incidents peaked in July at 837, following Wani’s death, and dropped to 17 incidents in January 2017. 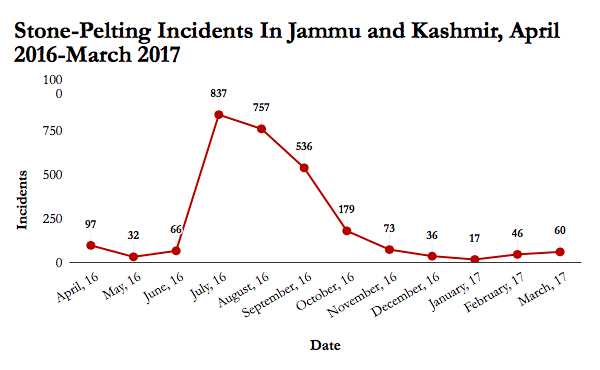