258 Of 336 Posts For Professors At AIIMS Vacant

The objective was to correct regional imbalances in affordable and reliable tertiary healthcare services and augment quality medical education.

As many as 178 of the 258 posts were advertised while 76 posts were re-advertised, Nadda told the Lok Sabha. 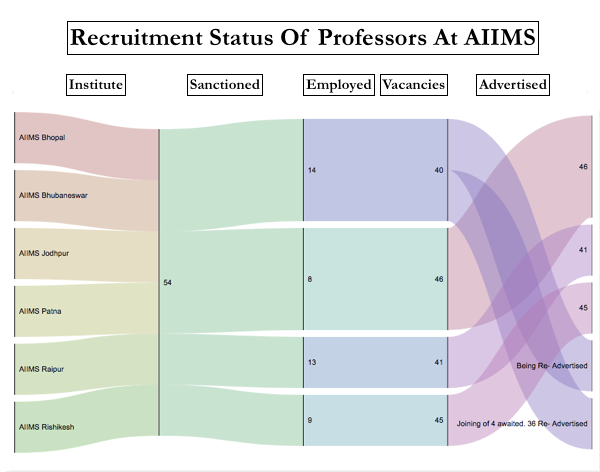 As many as 1,300 posts were advertised for AIIMS at Bhopal, Bhubaneswar, Jodhpur, Patna, Raipur and Rishikesh last year. Only 300 were selected and 200 finally joined, the Indian Express reported on July 5, 2017.

“While substantially higher salary structures in the private sector for specialities such as nuclear medicine and neurosurgery is one factor, making recruitment for senior posts like professor and additional professor extremely difficult, the other factor is the lack of facilities in smaller centres where AIIMS have come up,” the Express reported.

The government has doubled the allocation for PMSSY to Rs 3,975 crore from Rs 1,953 crore. 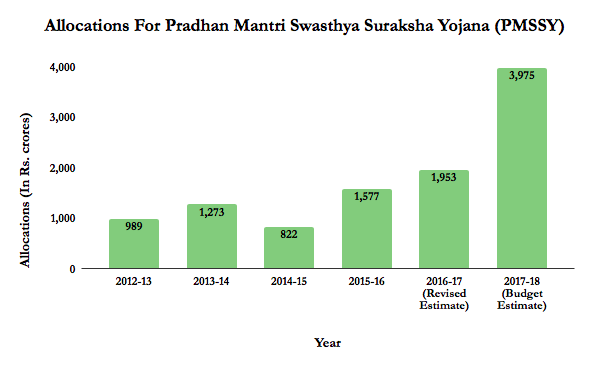 Six more AIIMS are planned at Nagpur in Maharashtra, Kalyani in West Bengal, Guntur in Andhra Pradesh, Bathinda in Punjab, Gorakhpur in Uttar Pradesh and Kamrup in Assam.