24 Indian Monuments 'Missing', Half From UP 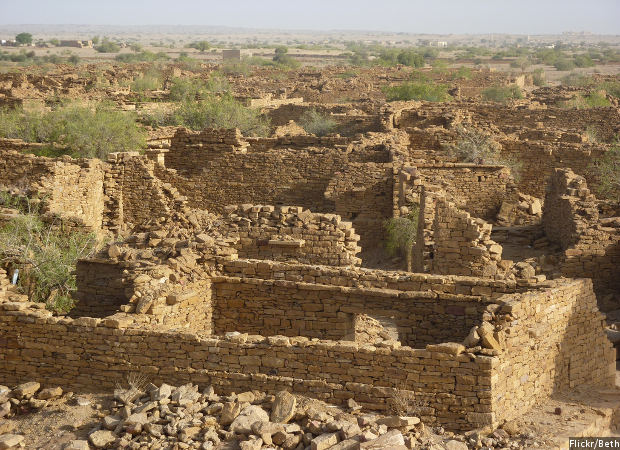 As many as 24 monuments under the charge of the Archaeological Survey of India (ASI)--the government agency responsible for national heritage--are "missing", half from Uttar Pradesh (UP), according to a reply in the Lok Sabha (parliament's lower house) on August 1, 2016.

The missing monuments include prehistoric megaliths in Maharashtra, rock inscriptions, megaliths, Buddhist and Hindu temple ruins in UP, guns of the 16th-century Afghan emperor Sher Shah in Assam, medieval milestones (kos minars) in Haryana, a temple in Uttarakhand and sundry tombs, cemeteries and other ruins.

Missing monuments are first declared "untraceable", after which a detailed procedure commences. "The procedure to find out untraceable monuments involve verification of old record, revenue maps, referring published reports, physical inspections and deployment of teams to trace the missing monuments," the minister of state for culture and tourism, Mahesh Sharma, told the Lok Sabha in a statement.

The Ruins of Copper Temple

Cemeteries at miles 6 and 7

Since many are not monitored or physically protected, many monuments have been dismantled or torn down, either as building material or to provide space in expanding towns and cities. The ASI has signed an agreement with the Indian Space Research Organisation (ISRO) to use satellites to identify on maps prohibited and regulated areas to "facilitate procedure for grant of permissions for construction related activity within prohibited and regulated areas of all centrally protected monuments", Sharma's statement said.

As many as 3,686 such monuments are, or will be, monitored by ISRO.

The government has also added 17 sites nationwide for ASI protection, Sharma told the Lok Sabha in another reply.

These include the birth places of B R Ambedkar, regarded as the father of India's Constitution; Madan Mohan Malviya, freedom fighter and educationist; and Dwarkanath Kotnis, an Indian physician whose life is celebrated in China for the assistance he rendered during the Sino-Japanese war of 1938. The other monuments cited for protection are largely Hindu and Buddhist temples.