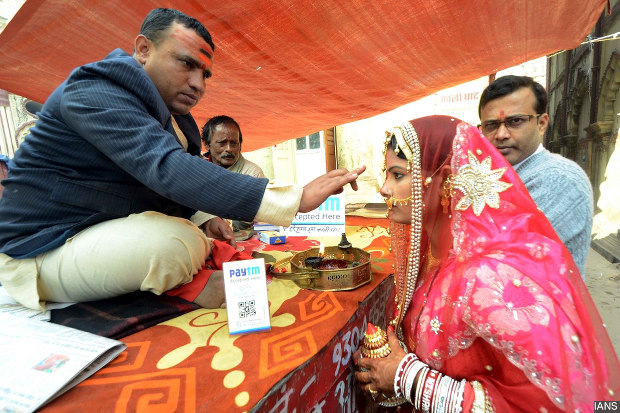 In a year that will be remembered for notebandi–a colloquial term for the withdrawal of 86% of the value of India’s currency in circulation on November 8–cashless payments in October 2016 increased 22%, when compared to October 2015, indicating that Indians have been steadily more accepting of various digital payments modes since last year.

Cheque transactions and payments remained largely unchanged over 2016, while money transfers using national electronic funds transfer (NEFT)--through which money is transferred in batches, after approval from the banks sending and receiving money--and transactions over Point of Sale terminals (debit card swipe machines) grew 16% and 35%, respectively, in 2016 (October over October), as compared to mobile, smartphone and app based payment platforms.

Consumption of goods and services by people and the government in the second quarter of the financial year 2016-17--July 1 to September 30--grew 2.8% over the previous quarter (April to June), according to data from the central statistics office. 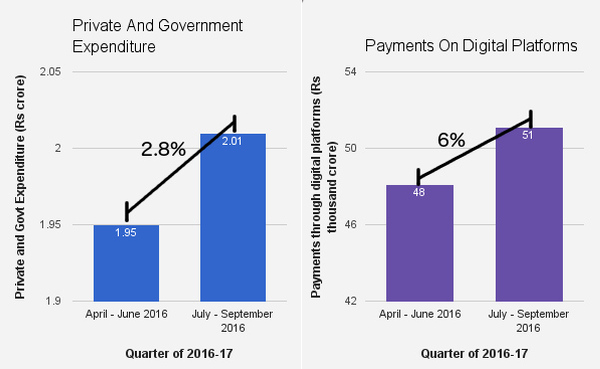 In places where banks do not have sufficient branches, banking correspondents reach out to people directly, and use the Aadhaar Enabled Payment System (AEPS) to transfer money under government schemes, such as old age pensions, Mahatma Gandhi National Rural Employment Guarantee Scheme (NREGA) etc.

Consumers used the Unified Payments Interface, or UPI, the mobile payments platform, released in August 2016, for 300,000 transactions amounting to Rs 90 crore in November 2016. The number grew to 1.4 million transactions, worth Rs 480 crore, till December 25, 2016.

There were 7,000 transactions, amounting to Rs 73 lakh, in November 2016 through the Unstructured Supplementary Service Data (USSD), which uses mobile networks, and not the Internet, making it the least used digital payment platform by number and value of transactions.

Correction: Our reader Keshav Sunkara pointed out that we missed riders to the Reserve Bank of India (RBI) data. The story has been updated to represent correct interpretation of the RBI data. In an earlier version, we erred in comparing the actual digital payments data till October 2016, with representative data for November and December 2016. The data will be comparable only when the final, and not the representative, data for November and December become available. Therefore, the correlation of apparent drop in digital payments in November with demonetisation is incorrect. We regret the error. We have also accordingly changed the headline.