Tamil Nadu recorded the highest number of agitations in 2015 (20,450) but reported no police casualties while West Bengal reported three police deaths and 641 injured in 3,089 recorded agitations, according to this 2016 report by the Bureau of Police Research & Development (BPRD), a division of the home ministry. 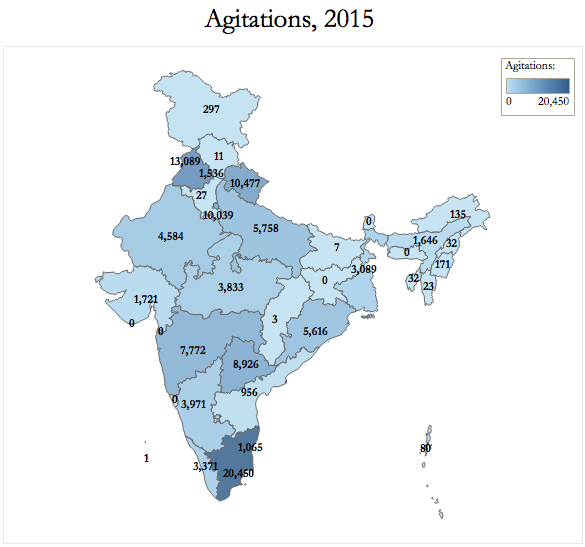 States and union territories like Goa, Jharkhand, Meghalaya, Sikkim, Daman & Diu and Dadra & Nagar Haveli did not witness any agitations in 2015. 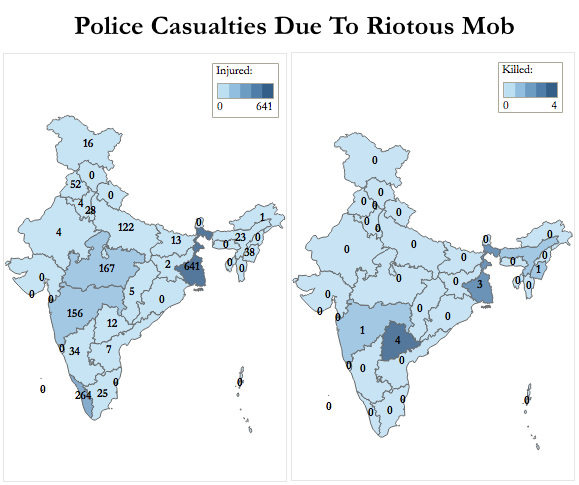 (Abraham is an intern with IndiaSpend.)