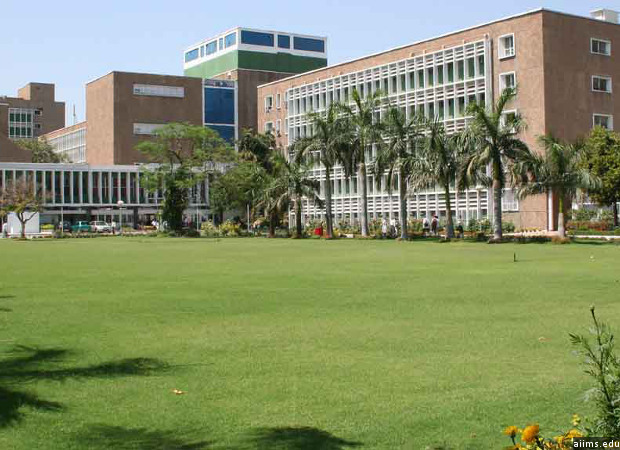 A view of the All India Institute of Medical Sciences (AIIMS), New Delhi. History throws up the question: Now that other backward classes (OBCs) appear to have caught up with higher castes in higher education, is it time to remove reservation? This is a difficult question to answer because the data that first drove OBC reservations are now 85 years old.

Over the decade ending 2010, the enrolment rate of other backward classes (OBCs)--a loose definition of lower castes, a level above scheduled castes and tribes--in higher education had tripled to 22%, close to the national rate of 23.6%. But the issue of continuing affirmative action for OBCs is muddied because the percentage of seats reserved for them nationwide is based on 85-year-old data.

The opportunities and dilemmas of higher-education reservation are illustrated by the story of Parameswarudu Pulatota, 34. Pulatota--from a community of traditional shepherds called the Kurubas--is currently a doctoral student at the University of Hyderabad, and embodies the surge in OBC enrolments in higher education as a result of affirmative action.

Pulatota first used affirmative action when he was 11, to get a fifth-standard admission to an acclaimed Andhra Pradesh government school known for its merit-based selections. “I bagged a reserved seat,” he acknowledged. “School introduced me to art, to games, to English—at least I understood grammar, even if my spoken English was poor--and most importantly shaped my thinking.” 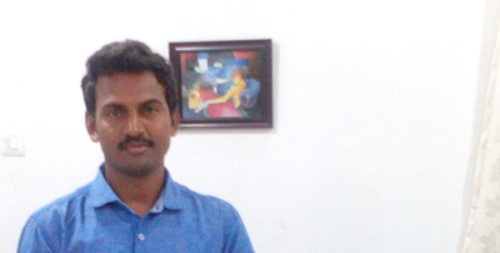 Parameswarudu Pulatota, 34, from a community of traditional shepherds called the Kurubas, is a doctoral student at the University of Hyderabad. Pulatota has used affirmative action twice in his life, to get a fifth-standard admission to an acclaimed Andhra Pradesh government school and for a doctorate degree. In between, he has made it to an MA course and an M.Phil programme without reservation, his successes reflecting the progress made by other backward classes (OBCs), who appear to have caught up with higher castes in higher education. However, enrolment-rate gains may not reflect continuing gaps between OBCs and upper-caste Hindus.

In 2004, Pulatota got admission to the University of Hyderabad on merit--there were no reservations then in central universities. Three years later, he was admitted to an M.Phil programme, on his second attempt, again without reservation.

In 2009, he was admitted to the Phd programme--this time under an OBC quota. “I may not have got to do a doctorate had there been no reservation for OBCs,” said Pulatota.

History throws up the questions: Now that OBCs appear to have caught up with higher castes in higher education, is it time to remove reservation? Had Pulatota transcended the disadvantages of birth by the time he applied for his Phd?

These are difficult questions to answer because the data that first drove OBC reservations are now 85 years old. Since then, the OBC proportion in the general population has been variously estimated at 32% (1955), 27% (1991), 36% (1999) and 41% (2005). It also appears that enrolment-rate gains may not reflect continuing gaps between OBCs and upper-caste Hindus.

Are OBCs in higher education in proportion to their population share? No one really knows

In 1991, when India instituted 27% reservation for OBCs in state-level, higher-education institutions on the recommendation of the Mandal Commission--a commission created in 1978 to determine criteria to identify backward castes--there were supposedly 3,743 backward-caste groups making up 52% of the Indian population.

In other words, 27% of higher education was reserved for OBCs against their supposed 52% share in the general population. Did the government believe that share was overestimated?

“The quota shares allocated to disadvantaged castes are roughly in proportion to their population shares,” said a new study published in June 2016 by researchers from the Carnegie Mellon University. In that case, the population share of OBCs should be around 27%, the share of places reserved for them in higher education.

Whatever the population share of OBCs--27% or 32% or 36% or 41%--they have clearly reaped larger gains than SCs and STs in higher-education enrolments. Against their population share, 33% of students enrolled in higher education were OBCs, according to the 2014-15 All India Survey on Higher Education.

So, should reservation for OBCs be withdrawn?

No, said the 2014 study we previously referred to, by Ashwini Deshpande, a Delhi University economist, and Rajesh Ramachandran, an economist at Frankfurt's Goethe University.

Studying the gap between the OBCs and others--in merit-based admissions--Deshpande and Ramachandran found 9% of younger OBCs (born between 1976 and 1985) had acquired a graduate degree versus 0.4% of older OBCs (born in the decade from 1926 to 1935).

The likelihood of others acquiring a graduate degree or more had also increased, from 4% to 20% for these age groups, illustrating the gap in higher education among social groups. “That the haves (others) have outperformed the have-nots (OBCs) shows India still needs reservation for the OBCs,” Deshpande told IndiaSpend in an email interview.

The case for reviewing OBC reservation

With data showing that OBCs have caught up with the national average in gross enrolment rate (GER)--a measure of the percentage of actual enrolments in higher education, regardless of age, in a given academic year, to the 18- to 23-year-old population eligible for higher education that year--it would help to identify and exclude prominent castes within OBCs.

At the state level, castes figuring in the central OBC list are sub-categorised typically in classes A/B/C/D. For instance, Pulatota’s community, the Kuruba, figure in the central government’s OBC list for Andhra Pradesh and in section ‘B’ in the state’s backward classes list. As we indicated in part one, the Supreme Court has endorsed such periodical review to ensure the “creamy layers”--as it referred to the privileged among OBCs--do not continue to benefit at the cost of those who genuinely need help.

Here’s how the National Commission for Backward Classes describes the philosophy behind the periodic revision of the backward-classes list to exclude castes/communities that have advanced socially and educationally: “Reservation is for those backward classes who need it and who are handicapped without it and not for those who after availing themselves of and enjoying the benefits of reservation have ceased to be backward.”

By performing this exercise, “castes/communities which have advanced to the level of forward sections of the society [should] yield place to those who have not reached this stage of development and are in greater need of reservation”.

The challenge, as we said, is the lack of data for an accurate review, with the last caste census conducted in 1931. Only the backward classes commission in Karnataka has conducted an extensive census of castes after considerable debate over the inclusion of dominant castes, such as Lingayats and Vokkaligas, in the list of OBCs.

Instead of disallowing castes entirely, identifying potential beneficiaries could help direct reservation to those in need of it, said Khora.

“This would involve disallowing children of persons holding high government and corporate positions and those from families with annual income above a realistic ceiling,” he said.

This is the second of a three-part series. You can read the first part here. Next: Muslims At Bottom Of Higher-Education Ladder, Alongside Backward Tribes.