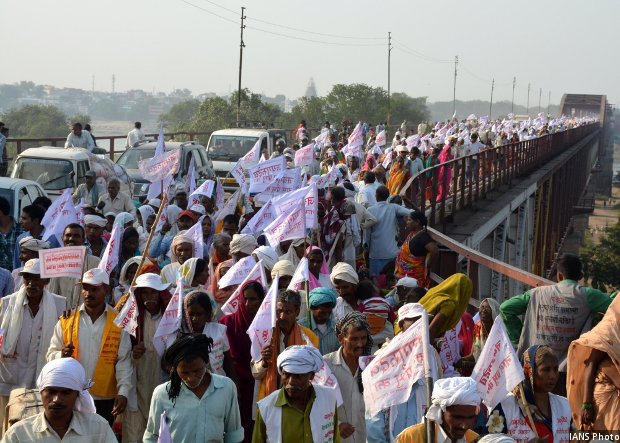 On average, 14 persons died in about 19 stampedes every month since the turn of the century, according to the National Crime Records Bureau (NCRB) data. There were 3,126 incidents of stampede at mass gatherings, which resulted in the deaths of 2,421 people between 2001 and 2014, data compiled by Factly.in, a data-journalism portal, show.

On October 15, 2016, a stampede during a religious procession on the Rajghat bridge between Varanasi and Chandauli, in Uttar Pradesh, left 25 people dead--including 20 women. In July 2015, more than 27 people died in a stampede during the Godavari Pushkaralu--a festival where the river is worshipped and devotees take a dip in the river--in Andhra Pradesh.

Maharashtra had most deaths in stampedes 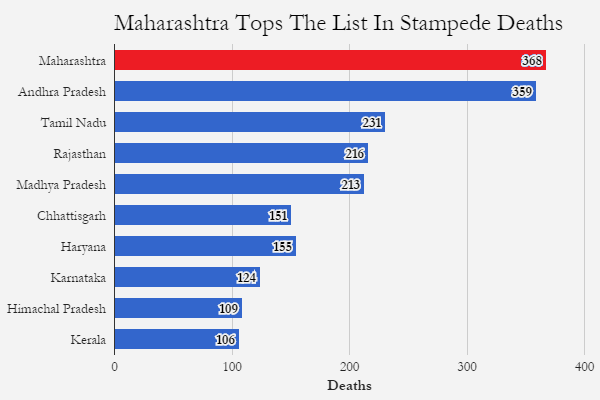 Maharashtra (2005): The Mandher Devi temple stampede occurred in January 2005, in Satara district of Maharashtra. More than 300 people lost their lives.

Rajasthan (2008): A stampede occurred in September 2008, at the Chamunda Devi temple in Jodhpur in Rajasthan. More than 200 people lost their lives.

Kerala (2011): The Sabarimala stampede occurred in January 2011, at Sabarimala in Kerala. More than 100 people lost their lives.

Madhya Pradesh (2013): This stampede occurred during the festival of Navratri, near the Ratangarh Mata Temple in Madhya Pradesh. More than 100 people lost their lives.