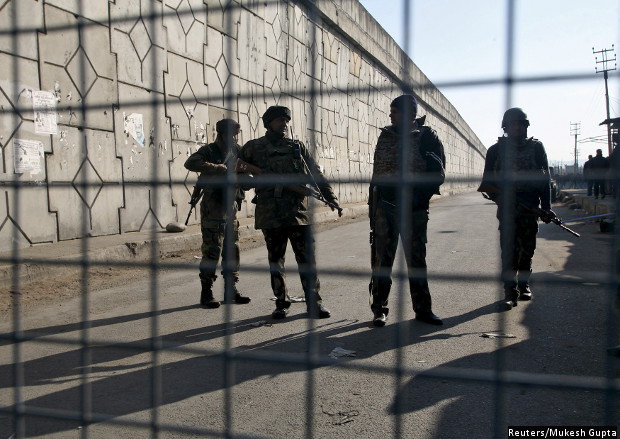 The northern state of Punjab has witnessed 34 terror attacks over the last 27 years, the highest nationwide, according to government data. The majority of the attacks occurred during the 1990s, with the latest attacks reinforcing a view that India’s security forces cannot cope with small bands of terrorists.

Jammu and Kashmir (J&K) and Delhi have witnessed 27 and 18 attacks, respectively, during the same period, according to data released by the Ministry of Home Affairs.

A terror attack at an Air Force base in Pathankot, Punjab, has claimed the life of seven soldiers, including Lieutenant Colonel Niranjan E Kumar of the National Security Guard (NSG).

India has witnessed 136 terrorist attacks in the last 27 years, including the one at Pathankot, the data show.

More than 2,000 people died in these attacks, and more than 6,000 were injured, according to latest data released by the Ministry of Home Affairs.

There were more attacks in 2004 than any other year. In 17 attacks that year, more than 170 people were killed and more than 350 injured.

State police continue to be inadequate to anti-terror task

The terror strikes on the Pathankot air base and in Gurdaspur on July 27, 2015, point to the state of India's police forces, which as IndiaSpend previously reported are understaffed.

The Punjab Police's Special Weapons and Tactics (SWAT) teams went in wearing no more than cotton T-shirts, according to this report. India exports body-protection equipment to more than 230 security forces in over 100 countries, NDTV reported recently.

"Most of our police force in states is equipped for anti-riot protection, not anti-terrorist operations," the report quoted Manoj Gupta, chairman of Kanpur-based MKU, India's largest manufacturer of body armour, as saying. "There has to be deep thinking over this by policy makers."

“There is no clear-cut policy to fight terrorism on Indian soil,” said Prakash Singh, a former director general of police (DGP) involved with police reforms. “The first response to a terrorist crime comes from the local police but the police force is in terrible shape across the country. As long as the reforms are not carried out, as per the directives of the Supreme Court, the force will remain handicapped."

That even the elite NSG, also called the Black Cats, sustained casualties in the Pathankot attack is telling.

Created in 1984 as a federal contingency force to counter terrorism, the NSG, until the 2008 terror attack in Mumbai, had only one base camp in Manesar, Haryana.

It was only after 24 years and more than 100 attacks that the government set up more NSG units. In 2009 four NSG regional hubs were created in Mumbai, Chennai, Kolkata and Hyderabad. The last was set up in Gujarat in 2014.

Questions have been raised about NSG training and equipment. For instance, the Black Cats barely had any helicopter-borne training in 2012 because there were no helicopters, according to this Mail Today investigation in 2013.

"During the last six months, no heli-borne training could be conducted due to non-availability of the helicopter," a letter written by the then chief of NSG to the minister of state for home had said.

States do not have enough anti-terror units

Anti-Terror Squads (ATS) are special police forces run by state home ministries to combat terror attacks. Even if some states have special units, the units are either inactive or under-equipped. Only Maharashtra (Mumbai) has an anti-terror unit— Force One.

(This is an updated of an earlier story.)