1 In 4 Women In Rajasthan Marry Below Legal Age 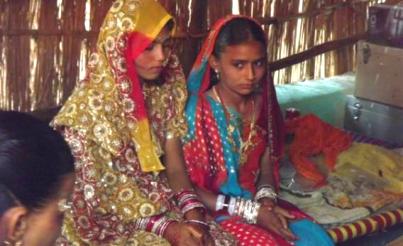 Try as you might, there are some things you just can’t consign to history. The British tried to outlaw child marriages in India by implementing the Child Marriage Restraint Act, in 1929. Seventy five years later, the Government of India passed the Prohibition of Child Marriage Act, in 2006.

And yet, as IndiaSpend's Danielle Collaco finds, it flourishes. According to the International Centre for Research on Women (ICRW), India is one of 20 countries in the world – including Niger, Bangladesh, Chad & Sierra Leone - that still practice child marriage.

In addition to being considered a human rights violation by the United Nations, research shows that child marriage leads to increased risk in maternal and infant mortality. Girls married at an early age also face a higher risk of domestic violence. IndiaSpend earlier reported figures showing how Indian women are facing increasing cruelty at home.

The Annual Health Survey (AHS) covers 8 Empowered Action Group (EAG) States; namely Rajasthan, Bihar, Jharkhand, Madhya Pradesh, Uttar Pradesh, Chhattisgarh, Orissa, Uttarakhand and Assam. The EAG states are those with high fertility rates and weak socio-demographic indicators. It must be stressed that this survey does not cover the other 27 states & Union Territories of India. And thus the data is limited in sampling and scope.

As we mentioned earlier, during 2007 to 2009, almost 22% of the women in Rajasthan had underage marriages. The figure gets worse in rural Rajasthan where almost 27% of the women were underage when they were married. This means that in rural areas, every 4th marriage among women took place below the legal age during this time period. 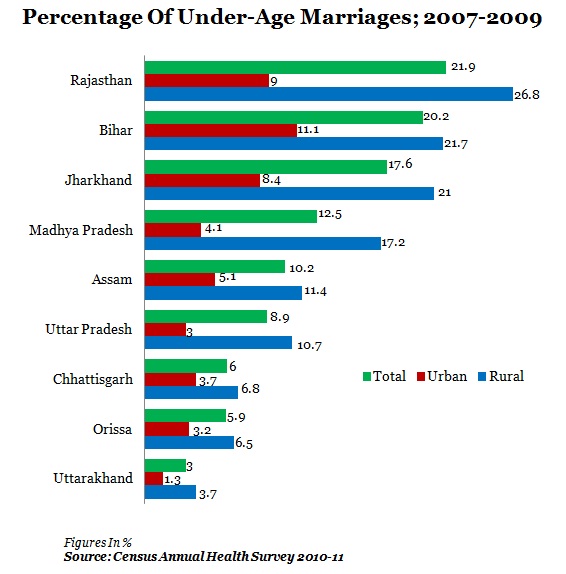 Other data in the Annual Health Survey focuses on the Total Fertility Rate (TFR). This is defined as the average number of children born to a woman during her entire reproductive span. A higher fertility rate brings about an increase in the probability of Maternal Mortality and Infant Mortality.

A reduction in the Maternal Mortality Ratio to 109 per 100,000 live births and the Infant Mortality rate to 27 per 1,000 live births form part of the Millennium Development goals, which have to be achieved by 2015.

Bihar and Uttar Pradesh have the highest fertility rates of 3.7 and 3.6. The graph below shows the Total Fertility Rate and the percentage of current contraceptive usage among women in the AHS states. 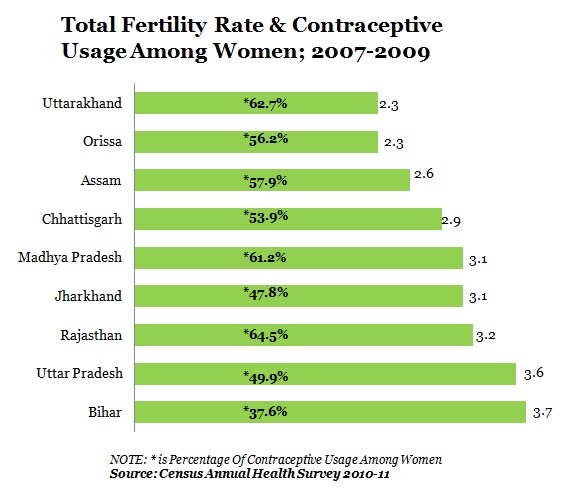 Surprisingly, the data shows that Rajasthan, the state with the third highest fertility rate of 3.2 also has the highest percentage of contraceptive usage amongst its women.

There are no specific solutions to the larger problem of underage weddings except to say that monitoring of child marriages, at least in states where the incidence is high, needs to improve.

The focus is as much social mores as it is bringing down maternal mortality and infant mortality rates. It would also allow girls in parts of the country to get access to proper education which could lead to higher household income and greater ability to invest in their future. IndiaSpend earlier documented how more and more Indian women are going out of the workforce thanks to education and improved household incomes.