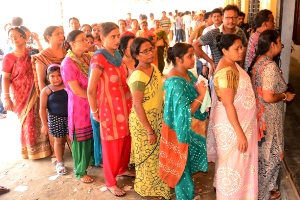 More women are turning out to vote, mostly to elect men it would appear. While there are only 61 women Members of Parliament in the 16th Lok Sabha, women voters turned out in large numbers across the country to exercise their franchise in the just concluded parliamentary elections.

Table 1: States In Which More Women Voted Than Men 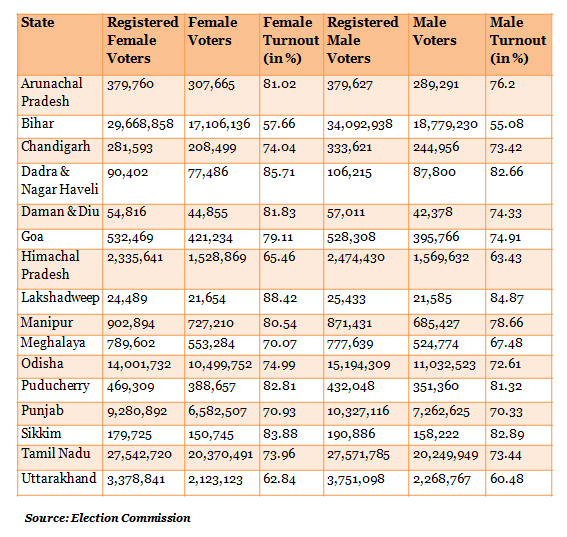 Bihar, which is generally considered pro-men and anti-women, has seen more women voters participate in the poll process. The state witnessed a polling percentage of 57.66 among women as against only 55.08% among men.

Women in the North-East states were active participants in the election process. Arunachal Pradesh, Meghalaya, Sikkim and Manipur saw over 80% women exercise their franchise except Meghalaya where their voting was only 70%.

Let us now look at the states that sent the maximum MPs to the Lok Sabha. IndiaSpend had earlier reported that West Bengal leads the charge here with 14 women MPs followed by Uttar Pradesh (13) and Gujarat (4), Madhya Pradesh (4) and Tamil Nadu (4). 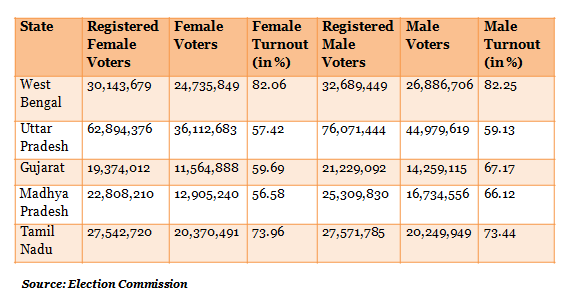 So, women do exercise their franchise and it is up to the political system to take up the challenge and offer them the right opportunities. Next step: more tickets to women candidates.