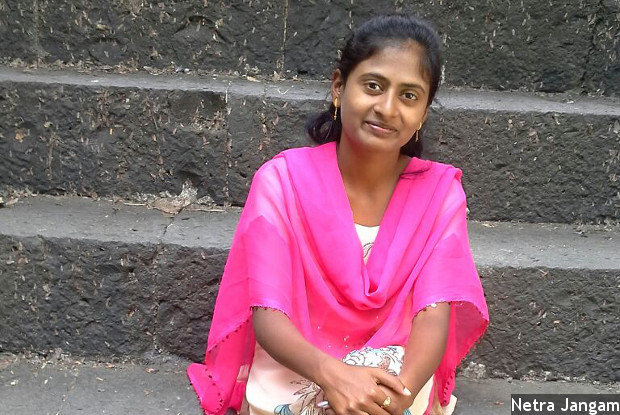 Netra Jangam, 24, from the village of Gove in Satara district, south-central Maharashtra, where most women want two sons and a daughter. Unlike them, Jangam, who now lives in Pune, wants one child--and “it doesn’t matter if it is a girl or a boy”. Behind this change in perception is not just Jangam’s post-graduate degree in commerce, it is her exposure to the world beyond her village and the opportunity to work before and after marriage.

Mount Abu, Rajasthan: I wouldn’t be around to write this story if the Bahri clan I hail from—Hindus from Punjab, Pakistan—had not stopped practising female infanticide in the early 1900s, with my grandparents’ generation. But a century on, the practice appears to have hit an all-time high.

Latest figures show that at 914, India’s child sex ratio—a better marker of son preference than the overall sex ratio—is at its lowest since 1951. 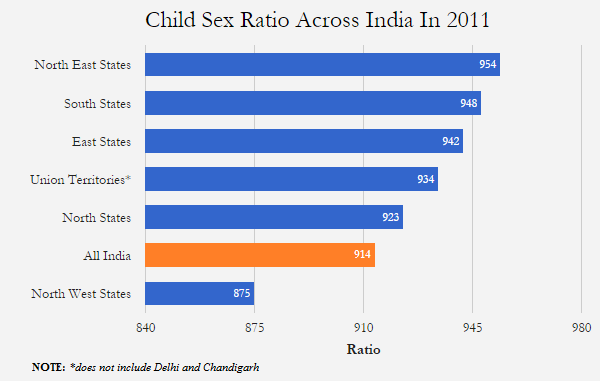 This is despite the fact that female literacy in India has soared to 65.46% as per Census 2011 and should have resulted in greater gender parity in the child sex ratio.

This implies that female literacy alone is not enough to improve the sex ratio as is commonly assumed and suggested by Prime Minister Narendra Modi’s Beti Bachao, Beti Padhao (save daughter, educate daughter) campaign.

As Part 1 of the series pointed out, the educated are more likely to afford sex-selective abortions.

The bias against daughters can only end if women’s education is accompanied by social and economic empowerment, concluded a study conducted over a period of 30 years in Gove, Maharashtra, by Carol Vlassoff, a professor at the University of Ottawa.

Education is not changing gender norms

“Not only is it impossible to achieve gender equality without education, expanding education opportunities for all can help stimulate productivity and reduce the economic vulnerability of poor households,” the United Nations (UN) said, about the role of education in achieving gender equality, in its 2013 report, Making Education a Priority in the Post-2015 Development Agenda.

But statistics in India do not bear out the UN’s assumptions. Young graduate mothers gave birth to 899 girls per 1,000 boys, lower than the national average of 943, IndiaSpend reported in May 2016.

In Haryana, the female literacy rate has risen 25 percentage points over 20 years, to touch 65% in 2011, and it is still known for its low sex ratio, IndiaSpend reported in November 2015.

The right to choose is as important as a degree

Netra Jangam, 24, from Gove village in Satara district, in western Maharashtra, holds a postgraduate degree in commerce. Her mother had studied only upto seventh grade.

Jangam did more than arm herself with a degree: She made the most of the freedom to travel--something her parents agreed to--and make independent decisions. “I pursued my higher studies in nearby Satara, living with relatives, visiting my parents at the weekends. Living away from home taught me to manage myself and broadened my thinking. My mother hardly ever travelled out of the village before marriage,” she said.

Her mother earned some money from taking on small tailoring jobs and this had helped her realise the value of financial independence. “So she supported my decisions. I made it clear to my husband that I would always work after marriage. I always want to be financially independent,” said Jangam.

Given the high cost of living, she wants only one child—“it doesn’t matter if it is a girl or a boy”—and is confident her husband will support her decision. “I am not having a child to depend on in my old age; we will invest for our future.”

Education, travel, the freedom to grow and make decisions, and the opportunity to use education just like men are the key ingredients for changing gender perceptions, not education or economic development alone or jointly, Vlassoff and others concluded in their 2014 Asian Population Journal study, Economic Development, Women’s Social and Economic Empowerment and Reproductive Health in Rural India.

“Social empowerment—an outcome of education, mobility (travel related) and the freedom to make decisions—and economic empowerment—symbolised by a woman’s employment status—have a greater impact on a woman’s reproductive health—including the number of daughters she is prepared to have in the hope of having a son—than economic development—quantified by family asset ownership,” said Vlassoff.

“The more socially empowered respondents were, the more likely they were willing to stop at fewer children,” said Vlassoff. To trigger social change, she added, “it is important for more women to take up formal employment to gain confidence and independence, start thinking for themselves and standing up for their beliefs”.

Sons are still the ‘ideal’

Ham do, hamare do (We two, our two)—India’s iconic family planning slogan in Hindi dates back to the early 1970s--encourages couples to limit themselves to two children.

But Vlassoff, who has authored Gender Equality and Inequality in Rural India, Blessed with a Son, found that women’s perception of an ideal family remained largely unchanged—and it differed from the government’s suggested family size of four.

“In 1975, women desired two sons and one daughter, as against one or two sons in 2008,” said Vlassoff. “Although most women also said they wanted one daughter in 2008, they tended to consider this as an added bonus.”

Source: Gender Equality and Inequality in Rural India, Blessed with a Son

To produce one son, women were willing to have upto three daughters—one wanted, two unwanted.

“Women with more children than intended had about as many boys as they had desired, but one or two more girls—clearly the number of daughters, rather than sons, led women to exceed their desired family size,” said Vlassoff.

Once women had given birth to as many sons as they desired, they were more likely to get sterilised--a common family planning method in rural India.

Why women still risk their lives for a son

Seema Alika, 35, a resident of district Sirohi, southwest Rajasthan, got sterilised after having a son and two daughters.

“I was happy with one son, and three children are enough,” she said.

Three years ago, Seema lost her son, aged 15, when her daughters were 12 and 9. Her loss has prompted other women in her neighbourhood—with one son—not to get sterilised for fear of not being able to bear a son again if tragedy were to strike. 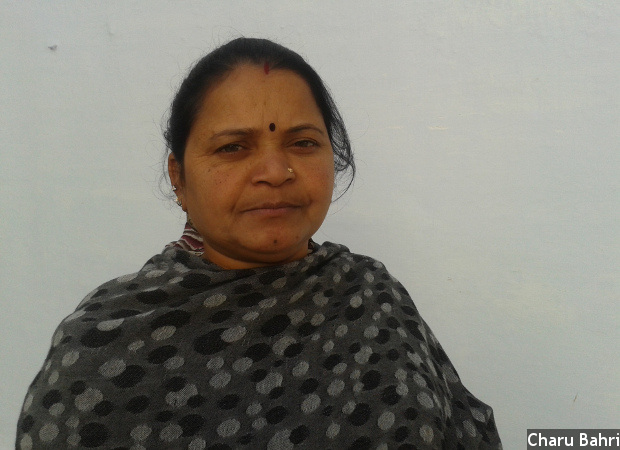 Seema Alika, 35, from district Sirohi, southwest Rajasthan, got sterilised after having a son and two daughters. Three years ago, she lost her son. Since then she has had her tubal ligation reversed and has been trying to conceive again--in the hope of having a son. Like many women across India, she wants a son "to take forward the family name".

After spending a year mourning the loss, Seema reversed her tubal ligation, hoping to conceive a son again.

She doesn’t expect a son would support her when she is old because “sons aren’t always helpful, my husband hardly helps his family”.

“But it would be good for my daughters to have a brother, and for us to have a son to take forward the family name,” she said.

Women want a son—or two—for a variety of economic, religious and social reasons. Out of desperation, some consume sex-selection drugs—concoctions made of herbs such as shivalingi (bryonia laciniosa) and majuphal (gtuercus infectoria), rich sources of the sex hormones testosterone, progesterone and natural steroids—believing that these will increase their chances of having a boy.

In Haryana—known for its low overall sex ratio, at 879 in 2011, the third-worst in India and lower than poorer countries such as Malawi and Somalia, IndiaSpend reported in November 2015—sex-selection drugs made by fly-by-night operators are freely available in grocer’s shops, said Sutapa Bandyopadhyay Neogi, additional professor and maternal and child health specialist with the Indian Institute of Public Health-Delhi, Public Health Foundation of India.

“Even faith healers make the medicine available,” said Sapna Chopra, research consultant with the Indian Institute of Public Health-Delhi, who did some investigative work with Neogi. “‘Are you in your first trimester,’ they ask, and if you say yes, then they assure you of a son.”

Close to half of all pregnant women in Haryana admitted to having consumed sex-selection drugs either during their current pregnancy or an earlier one, in a 2007 community-based study Neogi co-authored. Interestingly, “all of these women had no sons”, she said.

One in five women taking sex-selection drugs will have a still birth, a 2015 government of Haryana-sponsored study by Neogi and others estimated. And the numbers will be significant because India recorded 592,000 still births last year, the most in the world, IndiaSpend reported in February 2016.

“If not cause a still birth, sex-selection drugs increase the odds of birth defects and developmental disorders in babies by three to four times,” said Neogi.

If all else fails, families that are affluent and educated go for selective abortion of female foetuses. “Doctors are complicit in helping couples abort female foetuses,” said Surinder Saini, founder of the Jalandhar Welfare Society, an NGO that runs a 24x7 child helpline. Saini’s NGO has helped book practitioners under the Pre-Conception and Pre-Natal Diagnostic Techniques (PCPNDT) Act, 1994.

Since he started campaigning for gender equality in 1981, Saini, a lecturer and father to two daughters--one a doctor and the other, a professor—has rescued about 100 baby girls “put in polythene bags and thrown on rubbish piles, who attracted the attention of passers-by when they cried out in pain, bitten by ants or out of discomfort”.

“Throwing away foetuses shows the extreme pressure on women from their in-laws to bear a son,” said Saini.

The pressure to have a son grows with the second-born. Whereas the sex ratio at birth of the first born was 843 as per the National Family Health Survey (NFHS) III, this dropped to 762 for the second born, to cite a 2011 paper, Declining Child Sex Ratio in India: Trends, Issues and Concerns.

“The sex ratio of the second-born is closely related to the gender of the first-born, especially as middle to upper income families want only two or maximum three children nowadays,” explained co-author of the paper Tenepalli Chandrasekarayya of the Department of Population Studies and Social Work, SV University, Tirupati.

If the first-born was male, the ratio of the second-born rose from 871 to 1,102, according to a 2006 Lancet study, showing how the pressure on women eases when they give birth to a son. 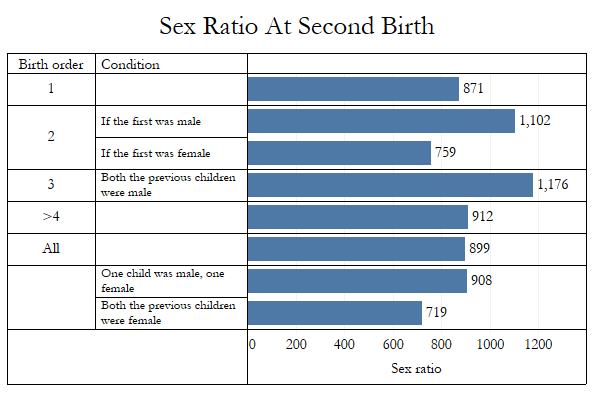 If the first-born was female, however, the ratio dropped to 759.

Is punitive action the answer?

Logging one of India’s lowest child sex ratios in 2011 prompted the government of Haryana to launch an inquiry into the causes of deaths of infants. This brought up the misuse of sex-selection drugs and a prevailing nexus between customers and providers of sex-selection and abortion services.

The task of improving the state’s dismal child sex ratio--that stood at 879 in 2011--was enormous.

“Enabling women to give birth to sons was a big illegal industry in Haryana, estimated at about Rs 200 crore annually,” said Rakesh Gupta, additional principal secretary to the Chief Minister of Haryana.

The Chief Minister created a special cell in his office to monitor concerted efforts involving personnel from the health department, the food and drug administration, the police and district administration. More effective implementation of the PCPNDT Act and Medical Termination of Pregnancy Act has resulted in 376 First Information Reports (FIRs) being filed since May 2015, according to Gupta.

Of 176 FIRs filed under the PCPNDT provisions, 69 are from neighbouring Delhi, Uttar Pradesh, Punjab and Rajasthan. Another 39 cases have been booked for the distribution of sex-selection drugs.

In December 2015, Haryana’s sex ratio at birth crossed 900, a first in recorded history. Since then, Haryana has averaged a ratio of 898. A rising trend in recent months makes Gupta hopeful of “ending 2016 with an average annual sex ratio above 900”.