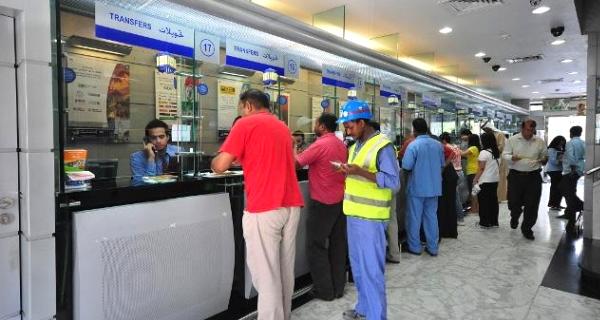 India was the largest recipient of foreign remittances at $64 billion in 2011, even surpassing China. A recent report by the Reserve Bank of India (RBI) throws up several insights on where the funds go.

For instance, rural income from remittances is not vastly different from urban income... moreover, its entrepreneurs who are driving remittances to India.

The RBI surveyed 3,000 households in 9 districts of four states and found that remittances in these districts account for 68% of family income. And around 30% of the migrants do not have even a high school degree!

Incidentally, the four states surveyed have the highest concentration of inward foreign remittances. Both rural and urban households were interviewed for the survey in Kochi, Thiruvananthapuram and Thrissur (Kerala), Anand and Surat (Gujarat), Mumbai and Thane (Maharashtra) and Jalandhar and Ludhiana (Punjab).

Let us take a look at the average annual income and expenditure of the households surveyed:

Interestingly, rural usage of remittances has come down in almost all spheres apart from health-related expenses and wedding. 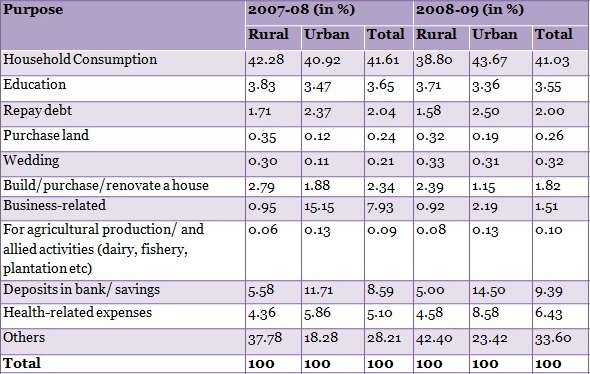 Urban spending of remittances has increased in almost every domain but surprisingly has come down on important things like education and housing... and the highest drop is seen in business-related spending ( by 12.9%).

So, there is a clear contrast between urban and rural spending of remittances.

Now, let us look at how money is transferred to India: 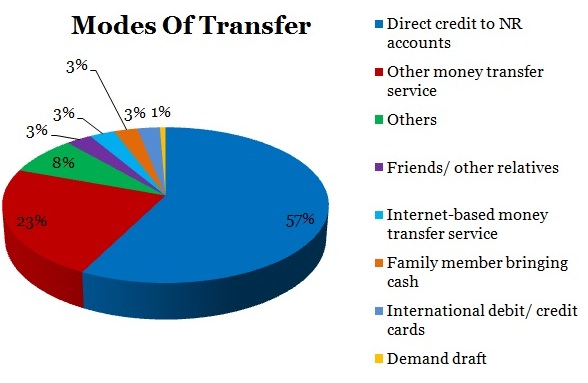 It is evident from the table that the most trusted way to remit is direct credit to the account. However, ‘other money transfer service’ also plays a good enough part. But there are city-wise discrepancies too.

This is a deviance from the trend of direct transfer. However, RBI does not define what it means by other money transfer services.

USA, UK and Dubai are the preferred destinations among migrants, which is not very surprising. Table 5 gives the break-up of the countries visited and the occupational status of the migrants.

Contrary to popular belief that many Indians go abroad for menial jobs, the survey finds that software professionals, and surprisingly, entrepreneurship takes the top positions. However, the occupation’ housewife’ is unexplained. Moreover, you do not always need a post-graduation to go abroad!