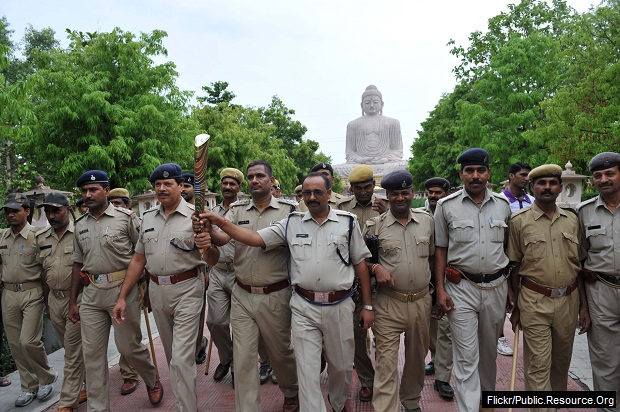 India was short of more than half a million police officers on January 1, 2015, the last date for which nationwide data are available, the Lok Sabha, parliament’s lower house, was told on July 26, 2016. But our analysis of global police staffing patterns and murder rates in six countries suggests more police do not necessarily mean less crime.

Note: This is an indicative chart. Police-population ratios and homicide rates are not always for the same years. We have used homicide rates as a means of comparison between countries because the definition of crime varies globally and comparable data are not readily available.

Where the police-population ratios clearly do matter is in the hours that police work in India. Up to 90% of Indian police officers currently work for more than eight hours a day, according to this 2014 report from the Bureau of Police Research and Development. It said 68% of police report working 11 hours a day, and 28% report 14-hour work days. Nearly half report that they are called to duty between eight and 10 times a month during offs.

There were 17.2 million police officers across 36 states and union territories, when there should have been 22.6 million, according to the ministry of home affairs. There should be an officer for every 547 Indians, according to a government-mandated ratio—called “sanctioned strength” in official jargon—but the number is one for every 720.

This is among the lowest police-population ratios in the world. In the USA, there is an officer for 436 people, Spain one for 198, in South Africa, 347.

In a ranking of 50 countries, India was second from the bottom, better only than Uganda, according to this 2010 report from the United Nations Office on Drugs and Crime. That year, there was a police officer for every 775 Indians, so the figure presented to the Lok Sabha represents an improvement.

There should be an officer for every 454 people, according to UN standards quoted in the South Asian Terrorism Portal. Using those standards, Bihar needs more than three times as many police officers; even using Indian standards, the state needs 2.7 times the number of police that it has.

In India, insurgencies and other extreme examples of lawlessness in some states push up crime rates, despite seemingly adequate police staffing. For instance, in Chhattisgarh—wracked by a Maoist insurgency—has a police officer for 574 people, not far from the Indian standard.