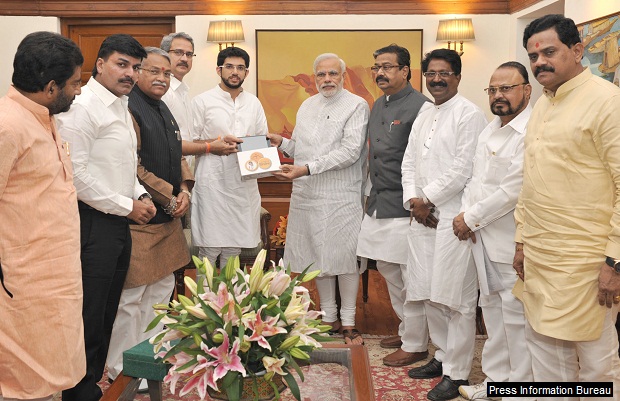 As many as nine of the top 10 members of Parliament (MPs) questioning the government in the 16th Lok Sabha (the lower house of Parliament) are from Maharashtra, according to an IndiaSpend analysis of Lok Sabha data as on July 15, 2016.

The leading inquisitors are from the Shiv Sena, allies of the ruling Bharatiya Janata Party (BJP).

Supriya Sule, a member of the Nationalist Congress Party (NCP) from Maharashtra's Baramati constituency, asked the most questions: 568.

Sonia Gandhi and Rahul Gandhi, president and vice president of Congress party, respectively, did not ask a question in the current Parliament session. Mallikarjun Kharge, leader of the Congress parliamentary party, asked 128 questions.

Asaduddin Owaisi of the All India Majlis-E-Ittehadul Muslimeen asked 448 questions, while senior BJP leader L.K Advani has asked none.

The 16th Lok Sabha was convened on May 8, 2014, and MPs have gathered for eight sessions over the last two years.

Most questions asked of Ministry of Human Resource Development

As many as 460 members of 541 members on record have asked questions, with some questions from many members often clubbed together.

In the 16th Lok Sabha, 34,497 questions have been answered over eight sessions.

The third monsoon session of the 16th Lok Sabha is to begin on July 18, 2016, with the Goods and Services Tax bill expected to go through this time.

As many as 45 bills are pending in the Rajya Sabha (upper house of Parliament) and five in the Lok Sabha, according to media reports.