India’s first COVID-19 case was detected in Kerala on January 30. Over the next months, two more cases were detected in the state, but none in the rest of the country. On March 2, two new cases detected in Delhi and Telangana took the number of confirmed cases up to five. In the 60 days since then, India’s tally has increased to 33,050, affecting 32 states and union territories.

In these two months, an increased number of cases have been reported daily. In the two weeks to March 15, an average of eight cases were detected per day; between March 16 and March 31, this increased 10-fold to 80 cases a day, on average. 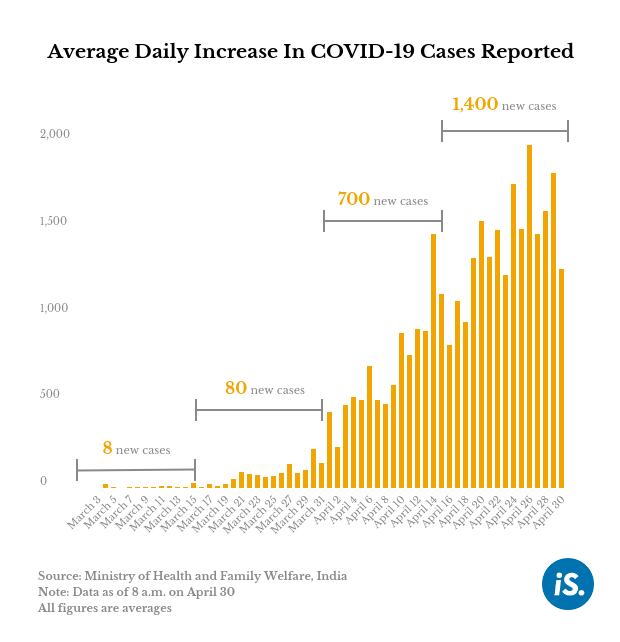 In the first fortnight of April 2020, 700 new cases were reported every day; now, during the last 15 days, over 1,400 new cases are being reported each day, on average. 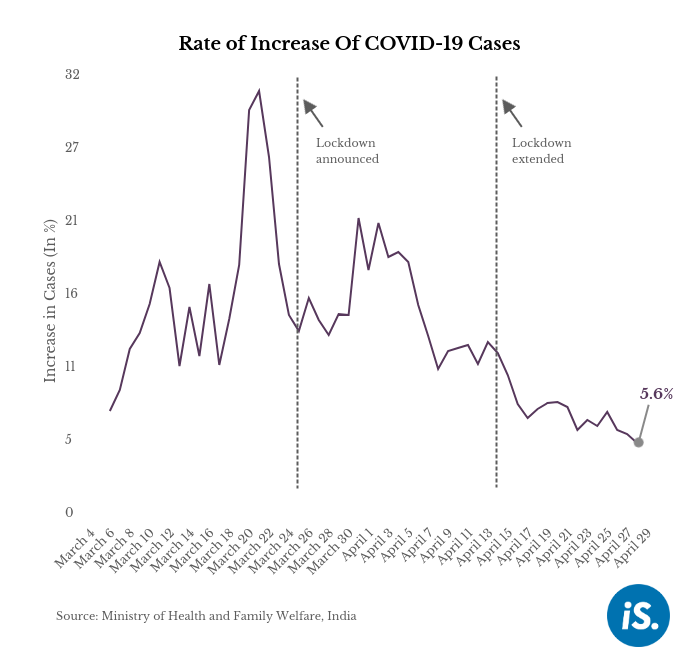 The lockdown was further extended until May 3, 2020, and the rate of increase has halved again in 15 days since the extension.

If the rate halves further today, the cases would potentially double to 66,100 by May 26. However, the rate of increase in the number of cases halved due to a stringent lockdown, and there is no clarity whether contagion will reduce once the lockdown lifts, even if only in certain places and at different times.

Already, there are various estimates of when cases will peak, ranging from May to June-July, and some estimates suggest there will be a second peak during the monsoon. Experts do not agree whether the lifting of curbs post-May 3 is a good idea in terms of controlling contagion.

Meanwhile, with increasing numbers of cases, the rate of recovery has also been increasing, while the death rate has stayed constant. Of the 33,050 patients who have tested positive until 8 a.m. on April 30, a quarter (8,325) have recovered while 3.2% (1,074) have died. 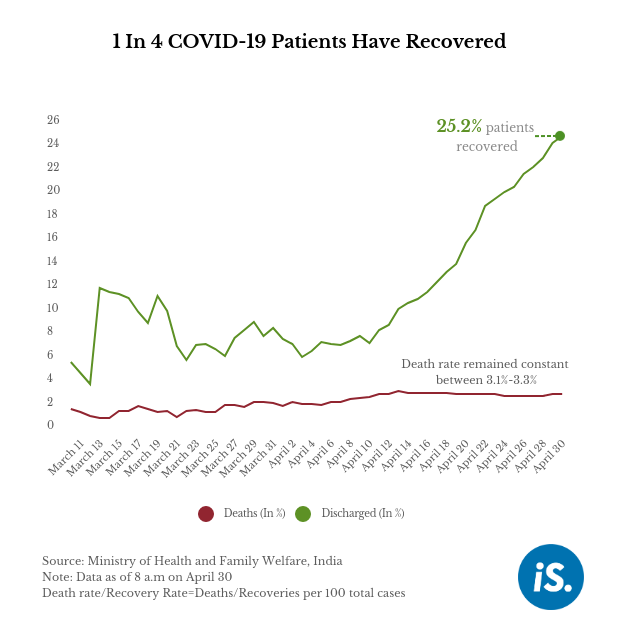 Over the last 15 days, 45 patients have died each day, on average.