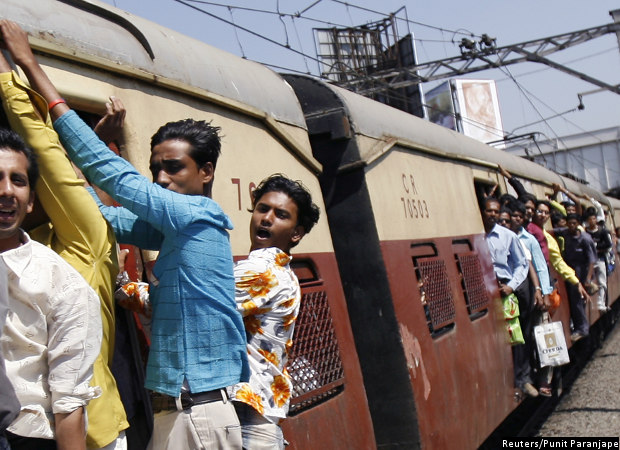 The viral video of a 21-year-old youth, Bhavtesh Nakate, who fell to death from a Mumbai local train last month generated a lot of outrage.

Nakate’s death sparked questions about the safety of millions of citizens who travel in Mumbai local trains every day.

Nine people die on the Mumbai local train tracks every day, according to an IndiaSpend analysis of data from Government Railway Police (GRP), Maharashtra.

An average of 31% victims remain "untraced", which means they are unidentified.

The Maharashtra GRP launched the Shodh (Search) initiative in 2013 to help families identify those lost, as a family from Borivali did, tracing their 18-year-old son who committed suicide. Shodh helped them learn that the Dadar railway police found a body with similar features on the railway tracks. It turned out to be their son.

Launched in 1853, the Mumbai suburban railway network is spread across four major routes -- western, central, harbour and trans-harbour, and carries more than 7.5 million passengers every day.

While fewer accidents were registered in 2015 than previous years, almost as many people died.

Kalyan and Kurla, with 452 and 422 accidents, respectively, were the most deadly areas.

Kalyan has been the most deadly region; it has registered the most accidents each year since 2013, the data further reveal.

In 2012 (the year from which the data are fully available), Kurla topped the list.

Nakate fell from the train between Kopar and Diva stations, which falls under the jurisdiction of Dombivli police station. There are 17 major Government Railway Police stations on the Mumbai suburban lines.

“The situation of overcrowding on the local trains has gone out of control. Surprisingly, none of the concerned authorities are taking the issue seriously. These deaths will continue unless the railways and the State together take immediate steps. People are dying on the trains and the tracks every day and the authorities cannot continue to keep their eyes shut. If you act now and succeed in saving even just one such life, your actions will make a large difference,” the HC bench said.

The Court asked the state government to see if office timings and weekly offs could be changed to reduce the rush of commuters during peak hours in local trains.

“Change the timings of schools, colleges and government offices,” the bench of Justice Naresh Patil and Justice S B Shukre, who were hearing a suo motu PIL, said.

The Central Railways recently announced it would produce a coach that would reduce seating and allow more people to stand.